While the advantages and disadvantages of SUP in the configuration are up for debate, it is pretty well agreed upon that a single long stand-up paddle racing fin (8-10 inches) is top for flatwater cruising, and a 2+1 or3 fin setup is best for stand up paddleboard wave surfing.

In addition, some of them are strengthened for the wild rivers where you can bump into a rock. Also, the position of the fins and properly using them can be different from one manufacturer to the other. In the standard set, you will get three fins, one prominent, the biggest, and two smaller for both sides.

If you would like to paddle correctly and use most of the SUP paddleboards that you can get, you should know every part of your equipment. Learn what every piece of SUP gear is and why you need it.

Fins are beside the paddleboard, one of the essential parts of equipment responsible for the paddleboard’s navigation, speed, and balance in the water.

Simply put, your paddleboard goes in a straight line because of the fins, giving you more control and more accessibility navigating the SUP inflatable paddleboard.

Fin Replacement for Your SUP

Now we know that every SUP paddleboard set has three detachable or collapsable fins. But do you see that fin has parted with their names, and depending on the size and angle, they have different influences on the way of paddling?

Fin area – the fin’s total area is the fin’s lower part. Size impacts tracking and speed. The design of the fin, in general, and the area’s shape also affect the paddleboard’s monitoring and resistance.

The fin tip is part of the fin farthest from the paddleboard. The paddleboard’s direction impacts the SUP’s tracking and speed while paddling. 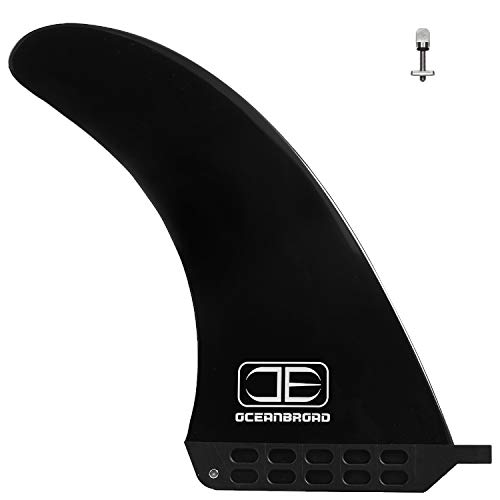 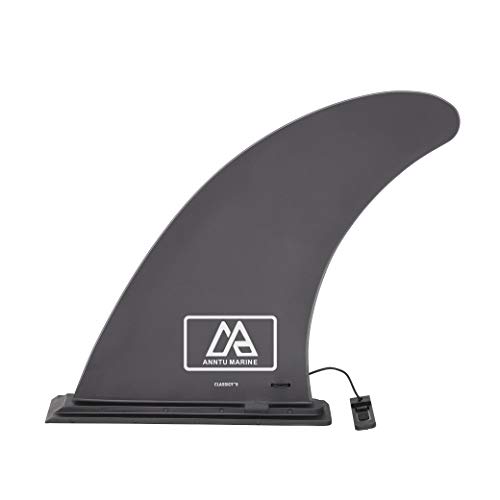 Fin cant – cant is the fin’s angle if we consider the position of the paddleboard. If the fin is positioned straight up, it doesn’t have a cant.

Fins that are straight-positioned are faster. The tip of that fin points outwards to the rail of the paddleboard. Fins that have cant add to the turning and make more drag in the movement.

Fin flex – depending on how fins are stiff, it impacts the handling of the paddleboard. A more rigid fin will make the paddleboard more stable and give you more control over the paddleboard, except for the turns that are more difficult this way. Flexible fins turn a little easier but will provide you with more resistance. A stiffer fin is brittle and gets damaged easier.

If you use a long SUP paddleboard, they have a relaxed rake to have more drawn-out turns. Fin rake will allow the fin to clean from the seaweeds and grass.

Fin foil – a foil of the paddleboard is the fin’s curvature around the paddleboard’s vertical. Fin uses foil to create lift. Fins with foil will be fatter in the middle and thinner in the back part.

Stand Up Paddleboarding Fins for sale.

When surfing, you truly forever want at least one fin and rail to be in the water for glide and traction.

The two little front fins on a 2+1 setup will permit there to be forever at least one fin in the water, offering traction while you are surfing, even on the rails of the board, and ensuring your board does not slip out and lose traction on the wave.

The 2+1 setup is best because it has that powerful center-back fin as a pivot point for the board, so simple to turn on waves but still offers sufficient traction for wave riding with the two side fins.

More skilled paddlers can keep the board in balance while having control over the trim of the paddleboard while paddling. This maneuver is only for experienced paddlers, and we don’t recommend it to beginners or recreational SUP paddlers. 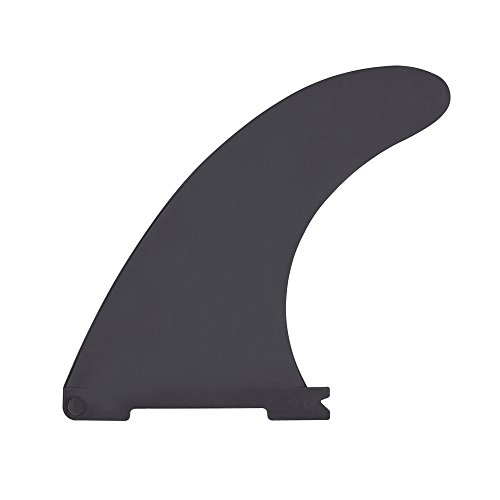 Read Next – Funwater Paddle Board Review

The top stand-up paddleboards have a removable fin configuration that permits users to install paddleboard fins specific to their preference, which can replace today.

The river sup fin is best for use in shallower waters. What it lacks in height, it makes up for in width. With its height of just six inches, you no longer have to hesitate about scraping your fin on the base of the river or lake.

The fin is stable and offers the best traction when sup touring along the water.

The stand-up paddleboard replacement fin is a classic hardtop stand-up fin that uses a bolt and screw to lodge and tighten the back fin into location.

This cannot be used with iSUP, only hand-top paddleboards.

How to attach your fin to your inflatable paddleboard

Pay attention to the details and learn all about paddleboards and additional equipment.

If you want to prepare and learn how to stand-up paddle correctly, you should read all the information you can get.

Prepare yourself. Purchase the SUP inflatable paddleboard that will fit your price range and needs. 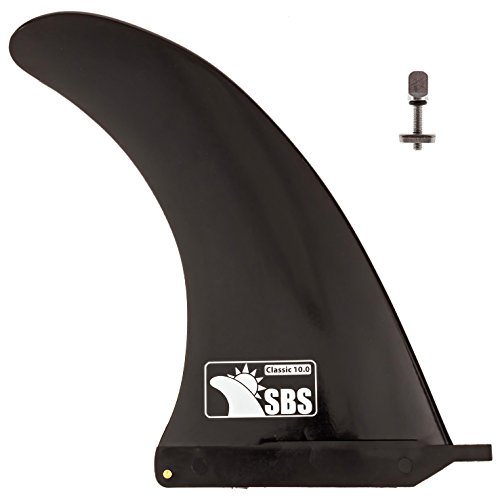 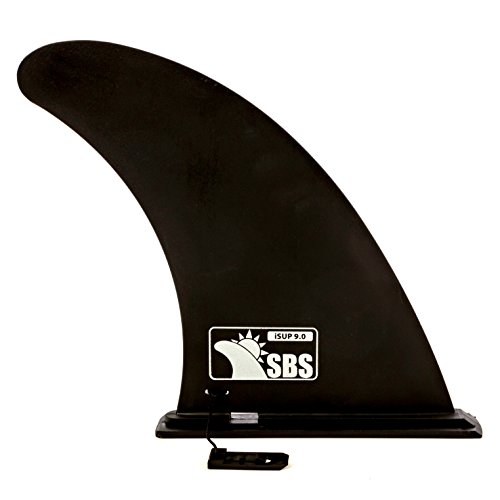 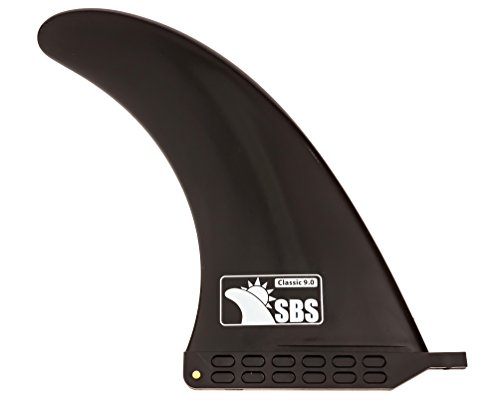 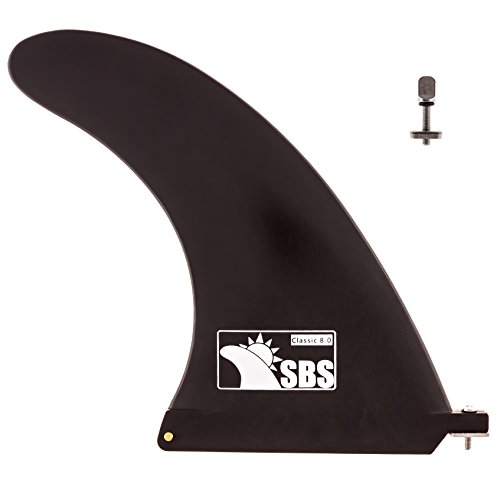 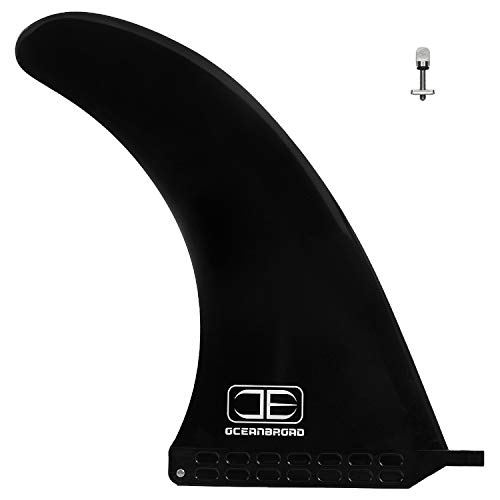 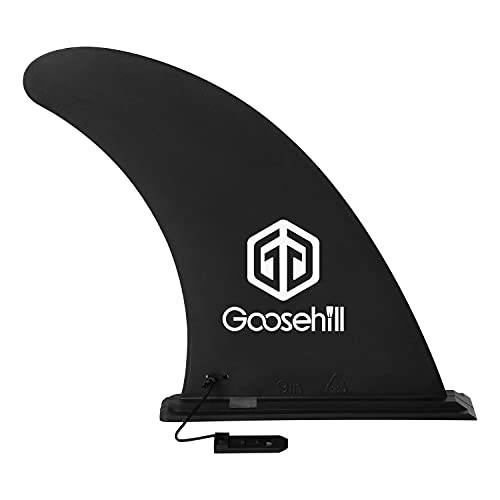 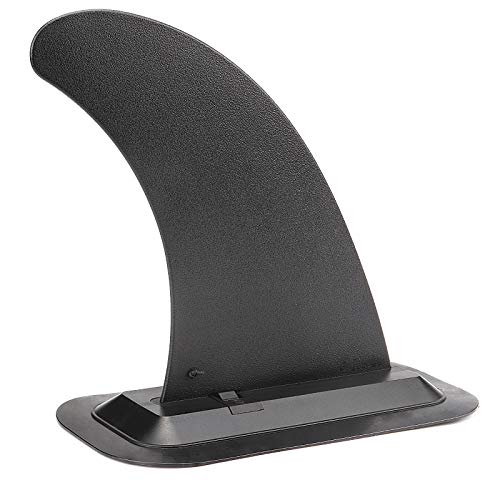 Best SereneLife Adjustable Paddle For You in 2022

Best Sup Paddle Carbon Fiber For You in 2023